Home
|
Apps and Games
|
Top 12 Games to Play Over Facetime and Skype with Friends, Gf and Bfs
ShareTweet The technology has evolved, and the modern way of gaming is different from olden days because of various reasons. There are multiple games to play over facetime and Skype, which lets users enjoy a real-time game experience along with other players from any part of the world. The facetime and Skype games have evolved along with the technology, which gives way to new technology and additional accessories.

As most of the skype games are available to play for free of cost, it is easier to stay engaged and enjoy for an extended period. Facetime and Skype are the most used platforms to make a distance call either with a video or without a video option. The platforms are utilized to play games on facetime, that helps in finding friends in common aspects from anywhere

Facetime and Skype are used to interact with other users from any part of the world. The facetime and skype games are introduced to play using the app online with other players.

21 Questions is an old game with a custom set of rules to enjoy the game for a long time. Facetime and Skype enable users to ask questions after selecting the player with specific rules and regulations. It is easier for people to set standards based on the player’s maturity and questionable objects. It is a known fact that questions are one of the crucial aspects of fun games to play over facetime because it helps them to spend a long time with enough laughter.

2. I Have Never Ever

The game comes out with a weird set of rules but offers enough fun to play regularly. It is necessary for the individual to consider playing the game for a long time to learn and implement more techniques. The game points or the prop is beverages of any kind. The liquor is decided by the other team member, who ends up saying the number of drinks consumed, if the answer turns out to be true, then the team gains a point.

The game is played with a simple concept but requires a lot of smartness to pass through the player effectively. The game is all about saying two truths and one lie to the other player about his/her life honestly. The other player should have enough knowledge and understand about you to find two truths and one lie correctly because the combination of instances is given smartly to confuse the player on the other end.

Truth or dare is one of the most straightforward games on the list because it has been played ever since childhood. The game is played between two players, where every player will get to turn to either ask a question or give a daring task for the other player to perform. As most of the players know that they cannot answer the questions asked weirdly, they prefer to taking a chance to dare, that helps them to gain a point quickly.

Argument game is a simple game, that needs to play with strict rules and avoiding crossing line. Sometimes, arguments lead to a lot of information, which play a vital role for people to gain knowledge over subjects. The game is designed to pick a player with a particular topic to enjoy a healthy argument. It is recommended for people to use funny and straightforward topics, that can be used to play fun games to play over facetime.

Last Letter is a simple game with simple rules, that is suitable for kids and younger people to play regularly. The game is played for a long time in both offline and online environments, where users will have an option to choose a word, and the opponent needs to ask the last letter of the word and the next word starting from that previous letter. The game continues till the time a player cannot say the exact word required with the set of game rules.

Quizzes have been played in different types and genres for a long time now. A good quiz allows people to gain a lot of knowledge and information about the topic or a subject effectively. It is widely suggested for people to start understanding the person in detail before getting to quizzes because it enables users to gain points in a quick time. Personality quizzes can be played based on the personality or a favourite subject in society.

The exhaustion game is one of the famous fun games to play over skype based on players and situations. It is necessary for individuals to understand the game rules well in advance to take maximum mileage of the terms. The Game is played between two teams and is known as one of the intense game compared to other options. Users or players will have an option to chose any kind of characters like food, furniture, animal and so on..

True or false is more like a debate game, that leads two or more people to the conversation and an argument. The game follows a simple concept, which enables users to toss before starting the game in a fair process. The toss decides the winner, who takes the call either to listen to the story or the other way around. The game is played by presenting a story by any of the players, that needs to be accepted as true or false by other players. An exciting story allows people to lead to an argument, which turns out to be the most lovable aspects.

Build a story is one of the popular games to play on Skype and Facetime because of convenience. The game is all about building a story, that turns out be either fun, thrilling, suspense or horror from time to time. It is necessary for every player to stay prepared while building a story because it helps them to present a story without compromising on the fun elements. The game is well and widely played in skype because it is easier to play without affecting the timeline.

The game has gained a lot of attention in the market because of suspense attribute reasons regularly. It is evident that most of the people prefer playing games to have fun more than other elements. Are you an X or a Y is a beautiful game, which has a various set of rules to increase the convenience of the virtual connection and playing in an online environment. It is one of the best games to play on skype because it offers enough comfort for people to enjoy.

Read More:  Cool Steam Tips and Tricks to Follow as a Gamer

The game is a little complicated to understand in the initial stages because of creative and unique rules. It is crucial for players to know the rules well in advance because it ruins the game for other players. What can fit in A X, and starts with Y is one of the best fun games to play over facetime because of various reasons. As the game requires an extreme amount of concentration, it is essential for players to stay alert and follow the game to win.

There are plenty of games available in the market, that can be played using Skype and Facetime. As Skype and facetime are improvised, it is easier to play a wide range of games in single or multi-players. It is widely suggested for players to consider using the right set of games because it helps them to observe other players easily.

The above list of games is highly played across different parts of the world because of various reasons. It is essential to choose some of the best games to play over facetime to pass the time. As games are involved with fun elements, it is evident that players enjoy the time to the maximum extent. 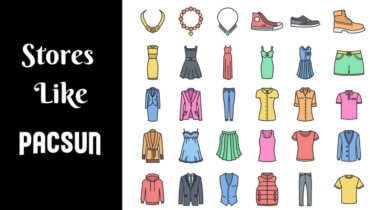