If you’re a PC gamer, you already know that Steam is a large selection of games and you can find amazing deals during their sales.

But everyone is not a fan of Steam, there are several issues that people have with the service including a history of having terrible customer support. If you’re looking for other options for your PC gaming needs, I will show you 10 alternatives to Steam that you should know.

Green Man Gaming is a web-based store which sells digital keys for steam and other gaming sites. They offer independent sales which vary from those services you can find many of the newer releases from triple-a publishers along with a large selection of indie titles

If you sign up for their VIP program, you can also get extra discounts. Becoming a VIP is free and all it requires is creating a user account.

GOG which is short for Good Old Games. This distribution site was created by the people over at the CD Project group.

The makers of “The Witcher” series has created this site and stand out is that all the games are 100% free. They have some of the newer games and a large catalog of older games which can be hard to find on other services.

They also have a gaming client called GOG galaxy for Windows, Mac and Linux that can make it more convenient to purchase, update, and play your games.

Origin is another service similar to steam with a downloadable client. The site is owned by Electronic Arts another company known for lackluster customer service.

If you’re looking specifically for EA titles, you’ll find them all. If you don’t plan to use the service to buy games, it is worth checking back every month or so to see their featured free games.

They’re well known across the Gaming community. You can get several games for a low price.

Here’s how it works, just select one of the many bundles listed. Here you pay what you want, pricing varies depending on the bundle.

The bundle features varies with different pricing options and they also offer a monthly subscription service called the Humble monthly where you can get several games for a fixed price each month. Humble also gives a percentage of what they sell to charity.

GamersGate is another popular service like Steam that offers game keys to be used on other services like steam and they also have direct downloads for drm-free titles.

The GamersGate offers section is worth checking out for great deals. Right now, you can snag the Banner Saga 2 for 60% off along with other games with deep discounts.

PlayStation Now is a game streaming service for use with the PlayStation 4 or Windows PC. It’s not available for Mac or Linux yet.

With the service you can get on-demand access to more than 500 ps3 and ps4 games. They’re currently offering a 7-day free trial after that ends the cost is $19.99 per month.

Also on PC, a DualShock 4 controller is required along with an internet connection of 5 mb per second or greater. 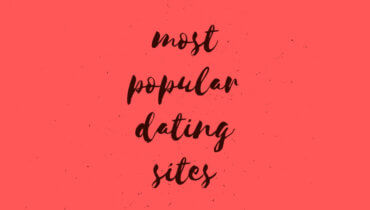 More about this author
Author 156 Posts