The internet, a technology many of us today take for granted, has only been around for about thirty years.

And in that time, it’s completely changed the way humans interact, shop, and even behave.

Children growing up in the 70’s and 80’s experienced a world that operated much different than it does today.

Due in large part to the influence the internet has on our lives.

So, we’re going to take a look at some things that were very common before the internet, but have become obsolete or much less common today.

Now we could probably spend all day going over how much the internet has affected our lives and what exactly it’s made obsolete.

But I wanted to focus on ten things that I think younger people might find particularly interesting.

And the first thing is video rental stores.

Places like Blockbuster and Hollywood Video had thousands of locations in cities all over the country. That’s where you’d go to get the latest VHS or DVD release of a movie you’ve really wanted to see.

But they had more than just movies. You could rent tv shows and video games from these stores too.

Typically, you’d pay an upfront fee to rent the item for the first 24 hours, and then pay fees for each additional day you kept it.

And if you’re wondering why it was so popular to rent movies instead of just buying them outright, it’s because movies used to have a rental-only release period.

Where studios would charge more than $100 per movie on VHS that was intended to be sold to video stores to rent out at a more affordable price.

So if you wanted to watch the latest movies available on VHS, you either had to buy them for a ridiculous price or rent them from your local video store.

Now all of this changed with the advent of the DVD since studios made new movie releases available to consumers at a much lower price that effectively eliminated the rental-only period. Nowadays a great VHS to DVD conversion service is available in the market which makes it easy for users who want to keep their old videos with them.

But video rental stores weren’t just places you’d go to pick up a VHS or DVD.

They represented much more than that, especially to kids.

They were places where you could roam around while enjoying the smell of popcorn and browsing various movies until you found one that excited you the most.

It was an experience that I think most people remember fondly, and one that I think is lost today while scrolling through Netflix or Hulu.

If you’ve ever bought a ticket to virtually of any live event in the age of Ticketmaster, you’re probably familiar with the outrageous number of fees piled on top of the ticket cost.

There’s a service fee, order processing fee, resale service fee, delivery fee, facility fee among others. And this can inflate ticket prices to over 30-50% of their original cost.

And this is due to a couple of factors.

First, online ticket resale sites allow bots to buy hundreds of tickets at a time. Effectively selling out popular shows in seconds and allowing the owner of those tickets to turn around and resell them at a higher price.

Second, having middleman resellers like Ticket master has allowed concert venues to charge more for a ticket through hidden fees. That way customers blame the ticket reseller rather than the venue, who saves face while making more money anyway.

But it hasn’t always been this way.

Before the internet, fans would have to drive to the concert venue and wait in line for hours to get a chance to buying a concert ticket.

And this approach had pros and cons.

The nice thing was there weren’t any exorbitant fees like we see today, but the downside was that you ended up spending hours trying to get your hands on a ticket which was definitely an inconvenience.

3. Dictionary and Encyclopedia to Online Queries:

If you’re on the younger side then you’ve probably only seen the dictionary in libraries. But dictionaries used to be a staple item of virtually every home in the country.

It was very similar to the phone book, in that you couldn’t really function without it.

Especially if you had children in school.

I remember my family owning probably five or six different dictionaries and fearing the moment when I came across an unfamiliar word in a reading assignment.

Because that was when my mother would point to the bookshelf, and I’d let out a sign while shuffling over to grab the dictionary and spending what felt like forever trying to look up the definition of one word.

And when it came to doing research for school projects, encyclopedias were a must. And they were even worse than dictionaries because you’d have to locate the right volume from a collection of about 15 books, and then look up the topic you needed more information about.

So the fact that the internet has allowed me to look up definitions and Wikipedia articles in just seconds, is something I’ll never take for granted.

But there’s one more thing I want to mention about dictionaries and encyclopedias, they were often very expensive.

Which meant that information was only available to those families who could afford it.

But the internet is a much more accessible utility that can supply more information than any dictionary or encyclopedia ever could. And it’s resulted in more people having access to the information and resources they need to be successful, regardless of income.

Class reunions have become much less common than they used to be before the internet.

And it’s because there was literally no way to get into contact with all of your old classmates without doing hours of research and investigation trying to track them all down.

So each graduating class typically had a committee in charge of locating and organizing reunions every five or ten years. These events gave people the opportunity to reconnect with old high school friends and classmates who they hadn’t talked to in years.

But class reunions have become less popular in recent years thanks to social media. If you want to check up on an old friend, chances are they’re just a few clicks away on FaceBook or Instagram.

5. The decline of Quality Journalism:

Perhaps one of the most disappointing side effects of the internet, in my opinion, has been the decline of traditional high-quality journalism.

It’s actually something Steve Jobs pointed out many years ago and quality journalism is something Apple has been trying to revive with services like Apple News Plus.

Before the digital revolution, there was a huge variety of newspapers and magazines that people subscribed to in order to stay up to date on a number of topics, including national and local news, sporting events, entertainment, and more.

But when the internet became the most common and convenient source of information and news, people stopped buying newspapers and magazines.

Instead of reading articles by bloggers who may not have the same investigative resources as a newspaper company.

The internet has also contributed to a culture of fake news and clickbait, where sensational content is rewarded with more clicks and therefore more ad revenue.

You could tune in to various frequencies and pick up different radio stations, each of which had their own unique genre. But there was also a large community of ham radio enthusiasts which was sort’ve like an audio version of the internet.

People could build and use ham radios to broadcast across town or even around the world. Closing the distance between populations and allowing information to be shared far and wide.

But as digital music services like iTunes, Spotify, and Apple Music became popular, the use of radios has declined significantly. Which has actually put hundreds of stations across the country out of business?

Letters are also something that has become much less popular since the internet.

The email has not only replaced handwritten letters as a more efficient and affordable way to correspond with others, but companies have been utilizing email in ways never seen before.

Instead of sending coupons through the mail, customers can receive special offers through email instantly.

Which means companies can send offers more often and with less notice in advanced.

But individuals are also benefitting from the technology, things like paperless billing make our lives much simpler by saving us time sorting through piles of mail on a daily basis.

But as you may’ve heard, things like email has caused some problems for the United States Postal Service who aren’t making nearly as many mail deliveries as they used to, but thankfully the rise in e-commerce has helped
recover most of their losses.

This is one I think might surprise young people the most.

Before the internet, there was obviously no such thing as google maps.

So keeping a fold out map in your car was very common. But as you can imagine, their use was much more limited than the digital maps were used to today.

They were often out of date and didn’t feature the exact location you were looking for, just the general region of where your destination might be located.

And this often led to drivers pulling into the nearest gas station and asking for directions from locals who were more familiar with the area.

But this is something I personally have never done, thanks to GPS devices and then turn-by-turn directions on my phone, and I suspect this concept sounds unusual to other young people today.

Memorizing your friends and family’s phone numbers was extremely common before the age of smartphones, but I think it’s a concept that may sound silly today.

After all, most of us have hundreds of contacts in our phones, how could you ever have the time to memorize all of them?

But the reality was you either memorized phone numbers or wrote them in an address book to be referenced later.

In fact, I remember an assignment in middle school where our class had to write down all the phone numbers we knew by heart, and a few of the students knew more than 30 numbers.

Something I still find incredible.

But with the advent of smartphones, it’s no longer necessary to memorize phone numbers, except maybe your own.

Alright now, this one is kind we have the culmination of all my other points put together.

And that is the decline of patience.

Now I mean this in the context of small every task.

Modern conveniences like the internet, smartphones, social media, email, and e-commerce, have meant we can get more tasks done at lightning-fast speeds compared to thirty years ago.

But the downside is that if a task requires more time than necessary, it’s easier to become annoying.

For example, whenever I am forced to write out a check and mail it to someone instead of using Venmo, I let out a sigh of frustration.

If I have to drive to my bank’s branch location to cancel a transaction or update my account information, I often think, “why isn’t it possible to do this on their website?

It would take me all of two minutes instead of waiting in line for fifteen.” And maybe I’m the only person who has these thoughts, but I suspect not.

So, it demonstrates just how far technology has come in thirty years, and that it helps to reflect on how lucky I truly am to be alive during this transformative period. 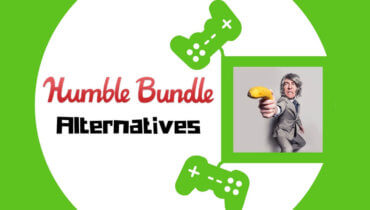 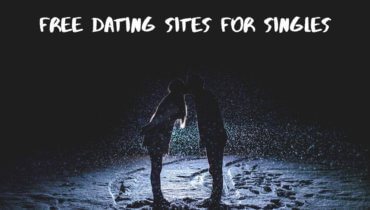