Home
|
Apps and Games
|
Is Final Fantasy XIV a Good Replacement for the World of Warcraft?
ShareTweet Do you consider yourself a gamer? Or maybe you just enjoy playing online games occasionally? Either way, you know about World of Warcraft, and you think that it is possibly the best MMORPG that will ever exist, right? Well, what if we told you that Final Fantasy has serious pretenses to the throne? If you are curious to know more about it, you came to the right place!

Love them or hate them, but you cannot deny that computer games are here and that they conquered the world! It might sound like an exaggeration to you. However, trust us when we say that it isn’t. According to the website Statista, in 2020 there were 2.8 billion gamers worldwide. Okay, we can’t deny that COVID 19 may have something to do with this number being so high. Throughout the last year, many of us spent most of our days at home. Since we couldn’t go to work, or even to friends’ places, or restaurants and bars, we were left with nothing to do but watch films and series and play video games.  Since the film industry was also severely affected by the pandemic-related measures etc, good films were scarce. Hence games were our best option for some kind of entertainment. Still, when you see these incredible numbers you understand how games are important in our lives.  The statistics made us super curious and we started to investigate the types of games people like to play. We found that some people enjoy games such as survivor online, while others prefer MMORPG.

It turns out that World of Warcraft was kind of a king among those games. But, you know what?We read a lot of information from gamers all over the world who advised to try  Final Fantasy 14.  We heard about Final Fantasy before, of course. But honestly, we didn’t think anything can beat WoW.  However, we felt that we could trust gamers’ reviews and more importantly were curious to try this new game everyone was so hyped about. We have to tell you it is nothing less than awesome!  We also investigated a bit and learned that a lot of people are saying that the Experience with Final Fantasy is even better than with World of Warcraft. Is it? We are going to go through several aspects of both games and show you how they compare! In the end, we leave it to you to decide whether Final Fantasy deserves to take the throne or WoW is still the unchallenged king of all MMORPG.

World of Warcraft vs. Final Fantasy

As we mentioned there is an ongoing discussion about which game is better between Final Fantasy 14 and World of Warcraft. Since we played both games, and we enjoy both of them, we would say that it is a challenging question.  Hence we are going to discuss some aspects of Final Fantasy 14 and Wow. When you see the differences between them, it might be easier to understand which one is better, at least for you!

As you probably know in this type of game, combat is a vital aspect. Now the tricky thing here is that both of these games have a good combat system.  But the difference is related to the attack cool system. The Final Fantasy’s combat has higher cool down than World of Warcraft.  That enables you to create a better strategy. Also, this makes the entire game much more complex. Believe it or not, things can get so tricky that you might need to ask for professional support.  WoW has a lower attack cooldown system which means that you can attack more.  Some people prefer having the possibility to rest between the attacks and think about strategies. Others have the feeling that the pace is too slow. In general, it depends on you and your preferred combat style.

If you are a passionate player you might laugh at us for paying attention to the music. But look, music is truly important because it enables us to enter the game more easily and connect with it. Now, we don’t want to say that Word of Warcraft comes with bad music. It is more that this type of music is not adequate for this kind of game. It is usually atmospheric music that indeed has nothing to do with the potent and dynamic music of the Final Fantasy journey. When playing combat games, some people are simply focused on the fight and nothing else. But, for most people, characters must tell the story because that way they can relate. Many players have said that World of Warcraft can brag about character-focused storytelling. In WoW, the world is most important.  Final Fantasy 14’s approach is different.  There everything is about the Warrior of Light, the player. If you don’t act, nothing can change in this game.  That way we are developing a relationship with characters from the game. In this sense, the Final Fantasy franchise offers better gameplay.

4. You Can Experience  Every Job with One Character

Okay, so World of Warcraft allows you to choose between characters from two groups – Alliance and Horde. Besides this, you are also limited to the class you choose and you cant change it. But Final Fantasy 14 offers you the option to do all jobs with a single character. This feature first appeared in Final Fantasy 11 and continued till now. People like it because it lets them get attached to the character and experience all types of combat.

It is really hard to say.  Some people like to take part in PvP others don’t. But regardless of our personal feelings, the reality is that it is a vital part of this type of game. WoW offers you a plethora of possibilities here. You can fight in duets, tournaments, etc. However, when it comes to PvE content, Final Fantasy 14’s content is more interesting, especially because it is mythical.  Also, some people prefer singular fights with bosses that FF XIV offers.

We covered everything about the differences between Final Fantasy and World of Warcraft. As you can see both of these games are truly fantastic MMORPG. Ultimately, it is totally up to you which one you prefer! We promise that you won’t regret whichever you choose to play! Above all, it is essential to know that you can also play both? Have you ever played any of these games? Which one do you like better? Why? 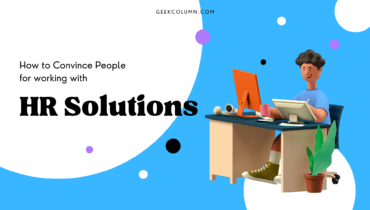 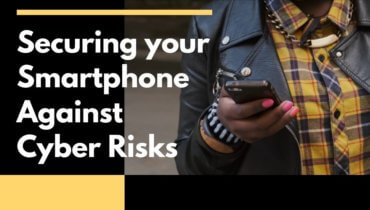