Shop Jeen, an online retailer phenomenon that gripped the world six years ago is back into the fray. The Company’s founder has put out an official statement that the shop is well and online again, and once more in the business. Shop Jeen is basically an online fashion retailer that boasts of outfits that are way too loud, and way too fashionable and it was largely focused on the young generation.

We would be looking into some of the similar retailer like Shop Jeen that created a niche in the market and made their presence felt.

Below are some of the prominent online stores like Shop Jeen that have made a cut into this list.

Dolls Kill is a raging online ecommerce fashion brand that has products for each and every age group there is. It can be dubbed as a Shop Jeen like store but it is so much more than that. The Inc. Magazine which contains America’s most successful online startups and businesses listed Dolls Kill as one of the top ones available in San Francisco.

It all started back in 2011 when the former disc jockey Shoddy Lynn and her spouse Bobby Farahi met at a party, quite a story there isn’t it. They fell into a relationship, and their ideas led to the birth of Dolls Kill. Shoddy had a quirky fashion sense, and Bobby has keen business acumen which fit hand-in-glove for a successful business model, and the result is a multi-million-dollar business that has the world talking about it.

Hipster fashion was something that was literally started by American Apparel, and the founder Dov Charney took center stage in the same. Using vertical integration to put together the resources, the Company was one of the largest online retailer, designer and distributor in the North America.

1989 was the time when the Company started and it created a sort of a revolution, and it became a store like Shop Jeen but cheaper. The advertises shown by the Company was nothing less than provocative but effective, as per Charney’s opinion. The brand in its literal sense gave the very definition of the American Dream.

As of now, Gildan Activewear owns the Company and they make clothing lines for Honduras and Nicaragua.

As the name suggests, Styles for Less is an online fashion store that is focused on each and every age group there is. The store offers all there is on the latest styles on apparel, shoes, accessories and so on and so forth. The Company started its operations back in 1992 and they used to sell clothing lines for teenagers at affordable rates than normal. It was literally dubbed as one of the cheaper stores like Shop Jeen.

The Company has over 150 retail stores in strategic locations in America which includes, Nevada, California, Arizona, Texas and Florida. Their ecommerce website also clocked in the largest number of visitors till date to 2 million in 2017. They also had a great social media presence with over 230,000 followers over multiple platforms including over a million subscribers.

Pixie Kitsune is a street inspired fashion apparel online store that hit the markets quite a while back. It is a privately-owned firm that created valuation of close to a million dollars. The Company started in America’s heartland i.e. Washington D.C. Metro area in 2017 by Kelli Walters.

Pixie Kitsune also focused on gothic fashion, dark culture inspired outfits which were also inspired by many of the underground fashion movements as well. It is definitely one of those clothing stores like Shop Jeen. The online store is an all-women’s one and you can get anything from tank tops, leggings, caps, shoes, jewelry and so on and so forth. It is a store worth checking out if you have a sense of fashion that is unlike anything that you want.

A 1970 based project that was started by Richard Hayne, Judy Wicks and Scott Belair as Free People has now culminated into a multi-million-dollar venture called the Urban Outfitters in 1976, and it is growing strong since. With the amount of capital, they were able to rope in many of the successful brands like Anthropologie, Terrain, BHLDN, The Ventri Group among others. It is one of the cheap stores like Shop Jeen but it is a lot more than meets the eye.

As of 2014, the Company recorded valuation of $345 million and is also listed out on NASDAQ as a stock option to be invested in. The Company is also in the process of acquiring multiple other fashion-based companies, and they also won the People’s Choice Award for the best fashion brand.

The brand that culminated into a trendsetter for Goth Punk fashion, Too Fast is a brand that caught the imaginations of many owing to its Punk Rock and Goth based styles. Some of the genres on which they base their clothing line is old fashioned punk style, and in literal sense it rarely gets old.

Too Fast started as a Women’s only division with a clothing line specifically based on that. But their success rate was so exponential that they advanced further into multiple lines as well. They have been in this for close to 18 years now and they are still venturing new areas, and new genres to make fashion look great for their fans. You can even follow their social media links for updates on their store.

Redbubble is an online fashion-based marketplace that was founded back in 2006 in Melbourne, Australia. Three friends, Martin Hosking, Peter Styles and Paul Valenzuela started the Company with an initial investment of close to $2 million in form of venture capital funding. The Company only operates online with a wide range of products for every age group and sex. Some of their products include like t-shirts, hoodies, tracksuits, scarves and so on and so forth that are inspired by art.

Redbubble takes in design ideas from their fans and incorporates them into their apparel to make it look appealing. They provide free membership to the artists and other copyright-based regulations so that everything proceeds legally.

Redbubble had closed 50k artists who sold their creations on Redbubble and they had a total valuation of close to $115 million as of 2016.

This online market place is a bit similar to stores like Shop Jeen, since the genre mainly includes the nostalgic 80s, and the 90s and even the styles of 2000s and of today. Echo Club House offers an experience that is unique and fresh and unlike anything that you see in other different marketplaces. The Company is based out in Los Angeles, California and they combine work and play into their fashion.

Echo Club House features an all-women boardroom with each and every one of them showing a weird sense of fashion in a good way. They were even able to multiply their earnings five-fold through intelligent decisions and also their engaging fashion strategies that proved to be a decisive factor in their successful store run.

This is a California based online fashion marketplace which has products mainly focused on women. Shop Librett does not function on eccentric fashion-based products but rather they have a very simplistic approach towards the same. The vibes that you get out of their apparel line is calm as still water. They use shades that are appealing to every fashion group and it has enabled them to gather a great set of followers as well.

As of now they function outside their California based office, but they are soon thinking of expanding their reach on the outskirts of America. It is definitely one of the shop like Shop Jeen but cheaper than normal.

Inu Inu is an online marketplace specifically focused on women and they offer myriad ranges of apparel and other fashion related products. The Company is definitely a Shop Jeen like store since they focus on genres that are eccentrically different than normal.

The product choices are many when we explore the Inu Inu marketplace and they offer a wide selection or products that include, sweatshirts, t-shirts, jackets, chinos and so on and so forth.

An online marketplace that is a revolutionary step towards this ever-changing age of fashion. It literally quenches the hunger for fashion when you go through the marketplace since it contains products that are inspired by so many different genres. Founded by a specific group of girls and boys who wanted to make an impact in this industry, Goodbye Bread is a product of dedication and hard-work combined to one.

The Company has over 100 brands in their arsenal and they have number of offices across the United States and Europe. They have also created a loyal fan base that has appreciated their work in every way possible. Each and every one of their products is a work of art and they can be shipped in any part of the world. With so many options available, who wouldn’t want to.

24HRS clothing is a Lip Service based clothing line that was founded back in 2012. The idea for this name came into their minds in the form of the 24HRS neon signs. It enables them to visualize their brand name with a quirky subculture vibe, brightly patterned clothes and funky prints that will appeal to the younger audience.

It is a brand that has a well-connected user base who love to be on the punk rock, loud fashion scenes and don’t exactly mind by going different than normal. It does come in the party wear category and on that brand the store collection definitely agrees.

A vintage store that boasts of a collection that is as different as it is offbeat. Miracle Eye consists mostly of women centric collection mainly containing, tops, tees, jumpsuits, inner-wears, jackets, sweatshirts, accessories and so on and so forth. Some of the Company’s products are handmade to be suited for a specific set of fans.

Miracle Eye was created by a Beatles fan, and the collection in the stores has a touch of nature and Beatles as well giving it a positive vibe while you are wearing them. The initial collections used to be hand-made, but steadily as the Company grew, they were able to set up multiple shops throughout America. Miracle Eye is a female oriented setup that boasts of values that are equal for everybody and you as a fan can actually relate to their apparels.

Omighty is a Singapore based firm that has an online marketplace which boasts of multiple product lines. It is a complete woman-centric firm that contains, tops, bottoms, inner-wears, outer-wears, dresses, body-suits, and other quirky collection and so on and so forth. Some of the collections that they have focus on the brand name which does sound like Almighty.

They have collections based on the same, God-inspired creations and collections that are for each and every one. They also create custom designs if requested, and they also take design ideas from their fans to make it more elaborate and precise. It is a brand that could be considered if you are fan of the O-mighty as it so boldly suggests.

Online stores like Shop Jeen are much not exactly rare but there are very only a select few in the market that can boast the sheer magnitude of effort that is involved. Some of these stores mentioned above come with multiple genres of clothing, multiple styles that connect with the users that want to try out something unique every time they check in at a store. Online marketplaces like these give them a relief as they would be able to experiment on what goes best. This is the reason that online stores like these exist, which is why the shopping culture would never cease. 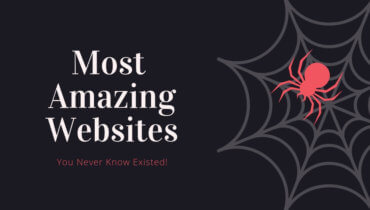 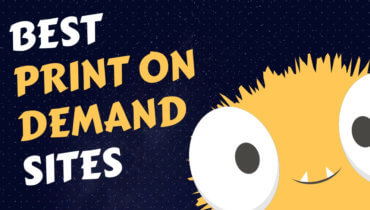