There are a lot of people who are fans of anime and there are lots of websites which offers to watch anime for free. So, I will show you best websites to watch anime online. Some of these websites may also have apps on smartphones and streaming boxes.

Crunchyroll which is based in the United States and available in more than 180 countries to have more than 850 titles/show available. It is the largest website in this list, in addition to the anime they also have Japanese dramas to watch.

Crunchyroll is free but if you want more features including high-definition and more content, they do offer membership plans starting at $6.95 per month. So if you’re a huge fan of anime you will likely never run out of shows to watch on Crunchy Roll.

HIDIVE is based in the US and available in more than a dozen countries. It is a subsidiary of the Anime Network. They feature more than 100 titles by partnering with many of the top production studios. They also feature a huge section of dub titles for those that don’t want to read subtitles the entire time.

High dive offers two plans for members, free and premium. Premium members get access to dubs, HD quality streams and other exclusive content for $4.99 per month.

Hulu is available globally, the availability at shows will depend on which country that you’re in. They currently have more than 200 titles that can be streamed.

Hulu is subscription-based video service based in the United States. It is primarily known for streaming of network shows and original content. Many people don’t know but they also offer a large amount of anime titles with more than 142 titles.

Hulu no longer offers a free service. Their plans start at $7 per month with commercials. If you want to get rid of the commercials, it’s $11.99 per month.

Adult Swim is a subsidiary of the Cartoon Network. It is based in America and is only available in the United States, Australia and New Zealand.

It is known for many fine shows including Rick and Morty. They also offer more than 20 anime titles as well. Adult Swim is completely free.

Netflix is an American company that is available in more than 190 countries.

They doesn’t only have a new show and movies. They also offer decent amount of anime with more than 60 titles to choose from. Pricing of Netflix starts with $8 per month.

Tubi TV is a free, ad-supported TV and movie service based in San Francisco, California.

Their library of 50,000 shows is now only second to Netflix. They offer more than 50 anime titles including some old classics and some new shows that air weekly.

Tubi TV is only available in the United States.

Viewster is an video service which was created on-demand. It is based in Switzerland and is available in more than 120 countries worldwide. They currently offer more than 70 anime titles to enjoy.

Viewster is only ad supported, so there is no cost to use their service.

Amazon Animate Strike is an on-demand service for Amazon channels that was just launched in January of 2017.

It currently offers more than 20 titles and for now is only available in the United States. Animate strike is not cheap, first of all you need to have Amazon Prime which costs around $100 per year then you can add on Animate Strike for another $4.99 per month.

Funimation is another one of the big players like crunchyroll for delivering anime content. It is based in Texas in the United States.

They currently offer more than 300 titles in various categories. Funimation is free with ads, but if want to remove the ads and get access to their entire library, they offer a premium plan for $5.99 per month.

Funimation is available in the US, UK, Canada, Australia, and New Zealand.

Anime Planet has partnerships with Crunchy Roll, Viewster, and Hulu. Anime planet is free but is ad supported. 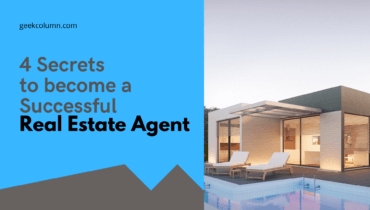