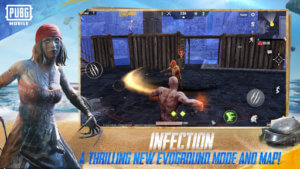 The most popular online multiplayer game that has exploded into ultimate madness amongst the youth is PUBG, Player Unknown’s Battlegrounds.

Player Unknown’s Battlegrounds by Tencent Games is available for Android as well as iOS devices. All you need is an active internet connection to play the game. Faster the speed, better is the gaming experience. Devices with at least 2 GB RAM supports the gaming app. This online multiplayer game is a battle of survival. The last person that survives the game wins it. There are 100 players on different islands or maps. Clothes, weapons, ammunition, vehicles, everything has to be collected during the game.

There are three different modes: solo, duo and squad mode. You can play with at most four players. The game starts with all the players in a lobby, next they get into a plane from where the parachute lands you over the different locations of the island. On landing, upon the desired location, you need to stay in the play zone and collect the necessary items that can help you in surviving and winning. A voice chat feature is also available in the game; you can talk to your teammates and even enemies. You have to kill enemies for your survival and killing the last enemy makes you win, Winner, Winner, Chicken Dinner!, and Unlike games like online  roulette you don’t need any money to play pubg, but you can’t win money either.

Free fire is the survival shooter game in which you are against 49 other players, and all you need to do is survive! For survival, players need to explore the map, search for weapons, loot your enemies and hence become the last one to survive and answer the call of duty. The gameplay is fast and light. You need to answer the call of duty and make way for your victory.

Creative Destruction is the battle royale game inspired by Fortnite and PUBG. The graphics of the game are not as good as Fortnite, but they are not far off, either. The game allows you to earn coins, personalize your character, and unlock skins for guns and clothes for the role. The main aim of this multiplayer game is survival! Your primary weapons can be used to get resources from the scenario, breaking down whatever you run into: cars, buildings, trees, or whatever else. With the help of these resources, all kinds of structures, including walls, roofs, floors, and ramps, can be built. Some pretty spectacular formations in just a few seconds with smart gameplay.

Fortnite Battle Royale is basically a Player Vs Player battle for up to 100 players just like PUBG. The game gives you a choice to play solo, duo, or in a squad (usually consisting of three to four players). Weaponless players airdrop from a “Battle Bus” that crosses the game’s map while the players get dropped onto the desired locations. When they land, they must search for weapons, items, meds, and even vehicles while trying to stay alive and attack other players hence eliminating them.

Throughout a round, the safe zone or the play zone of the map shrinks down in size due to an incoming storm; players outside that safe area take damage and can be eliminated if they fail to evacuate quickly. This forces the remaining players into tighter spaces and encourages close player encounters. The last player, duo, or squad who survives is the winner.

All these online battle royale games encourage players to battle against each other and create a healthy environment of competition among them. That is why the above mentioned online games are the most popular games amongst the youth. 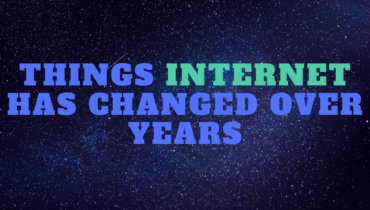