Samsung recently introduced their new Galaxy Note 10 phones and disappointed many fans when they found out it no longer had a headphone jack. Now Samsung’s decision to ditch the headphone jack is quite ironic, considering they’ve been spending the last three years criticizing Apple for doing the same exact thing.

So in this article we’re going to explore the path Samsung has been on the last three years that eventually led to the removal of the Galaxy Note 10’s headphone jack.

When it comes to all this headphone jack drama, we have to start with the iPhone 7 back in 2016. Because although there were smartphones without headphone jacks before then, like the Moto Z, Apple was the first major manufacturer to remove it from their widely popular iPhone. And this caused all kinds of backlash from users and competitors alike.

And this anger was largely justified since Apple admittedly did a poor job at giving valid reasons for removing the headphone jack. Which, as Phil Schiller said, came down to one word: “Courage”. And boy did the internet have fun with that.? Just take a look at these comments from Macrumors, an Apple news site:

— “No headphone jack, no thanks. Courage please.” “Courage? The courage not to buy an iPhone until they bring back the headphone jack. It’s been around 100+ years for a reason.”
— “Wireless is a pain when flying and using phone in airplane mode…” “Yep, it takes courage to rake in billions in extra sales because of this. That is the motivation, nothing else.”

But Apple users weren’t the only people sharing their opinion. Google poked fun at the iPhone 7 in a promo video for their new Pixel smartphone. While listing all of the device’s new features, they included as a headphone jack.

And Samsung was quick to follow suit, releasing an ad titled “Growing Up” where they included this shot of an iPhone 7 looking pretty awkward.

Later in 2018 Samsung released another ad that took a more direct hit at the iPhone X’s missing headphone jack But despite these criticisms and more, the iPhone X went on to become the best selling smartphone in the world in its first quarter.

Which suggested customers weren’t too bothered by the missing headphone jack. And Apple stood by their decision to remove the jack from the iPhone 7, saying it allowed for more room that was needed for the Haptic Engine, a larger battery, and IP7 water resistance. I just wish they would’ve mentioned those things during the iPhone’s keynote, instead of saying the decision was due to “courage” which only earned the company more criticism from the tech community.

Now, you can imagine how Apple must’ve felt seeing the same companies who criticized them following right in their footsteps. And this is something we’ve seen time and time again.

Whenever Apple made these controversial decisions, the industry initially berated them, but always followed suit within a few years. And it’s because Apple understands when a certain piece of technology is in its decline, and they aren’t afraid to adopt emerging technology as soon as possible.

Why Samsung Ditched The Headphone Jack?

So when it comes to the headphone jack, Samsung’s fate was sealed once they announced their Galaxy Fold. Now I should mention that the device has yet to actually go on sale after technical issues and hardware flaws plagued review units. But the moment Samsung conceded the headphone jack on their $2,000 Galaxy Fold, it was inevitably that they’d eventually remove it from other devices.

And on August 7th that’s exactly what happened. Samsung introduced their new Galaxy Note 10 phones, none of which had a headphone jack. The decision caused quite a bit of frustration for some Android users, who weren’t shy about sharing their thoughts.

— “No headphone jack, no thanks. Courage please.” “Courage? The courage not to buy an iPhone until they bring back the headphone jack. It’s been around 100+ years for a reason.”
— I already jumped ship from iPhones for this nonsense.”
— “removal of the headphone jack ends the discussion for me.”
— “The lack of a 3.5mm jack is very disappointing and I don’t like this trend at all in the industry.”

It’s also worth noting that on the day of the Note 10’s introduction, Samsung removed their Ingenious ads from the internet, which made fun of the iPhone for not having a headphone jack. So the big question everyone was asking after the Note 10 reveal, was why, after all these years of iPhone bashing, did Samsung join Apple in removing the headphone jack?

Reason 1: Make room for other components

And according to sources from Samsung themselves, the jack had to go in order to make room for other components. Because the Note 10 and 10 Plus are so thin, they needed more space along the vertical y-axis to spread out the battery cells. It was also important to fit the battery in safely, especially after the Note 7 explosion fiasco of 2016 where the devices batteries barely fit into their thin bodies. So concerns about battery life and safety took precedent over the headphone jack.

Also, according to the company’s market research, the majority of Galaxy Note users are using wireless headphones or earbuds with their device anyway. So why would they include a component which takes up so much valuable space if it wouldn’t be utilized by most people?

Now there was one more reason Samsung gave, but I’m not sure if it makes much sense. Supposedly the lack of a headphone jack improves the Note 10’s haptic feedback since there’s no longer hollow space inside the phone, although this is a bit confusing since removing the device’s stylus would create an even larger empty space. So maybe that point only holds true if the Note 10’s stylus is not in use.

Now many of the reasons Samsung gave for removing the headphone jack is very similar to what we heard from Apple back in 2016 with the iPhone 7. They needed room for features that were more important to users, and the headphone jack has only become less important year after year. So it was inevitable that companies like Google and Samsung would have to follow suit in order to  remain competitive.

But there are some interesting theories swirling around the tech community that I think are worth mentioning. The biggest being that Samsung is simply taking a page out of Apple’s marketing handbook in order to maximize profits. Because if you remember back to the iPhone 7, Apple didn’t just remove the headphone jack and end the keynote. They actually segued directly into the AirPods introduction. Something many people found suspicious.

And when a video titled “Bringing BACK The iPhone Headphone Jack – in China”- was released by a YouTube channel called Stranger Parts. They were actually able to add a headphone jack to the iPhone 7 themselves without sacrificing any other components in the process. Suggesting there was room for Apple to add the headphone jack, they simply decided to leave it out intentionally.

And why would they do that?

According to this theory, Samsung is taking the same approach with their Galaxy Note 10 in order to boost sales of their Galaxy Buds, which were just updated earlier this year.

Now there’s no way to confirm whether or not this theory is true, but a boost in wireless headphone sales is at least an unintentional consequence of removing headphone jacks from smartphones.

So what does this mean for the future of mobile devices?

Well, it’s quite clear that the future is wireless. And someday we’ll think about headphone jacks the same way we think of CD drives today. I can’t even remember the last time I held a CD rom let alone used one in a computer. And that’s largely due to the digital revolution in music that spilled over to other industries. So in a world where all headphones are wireless, it’ll be hard to imagine a reason for headphone jacks to exist, especially on mobile devices. 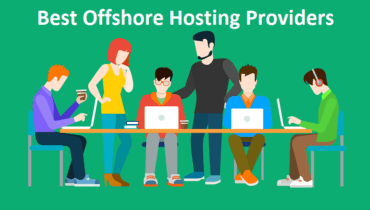 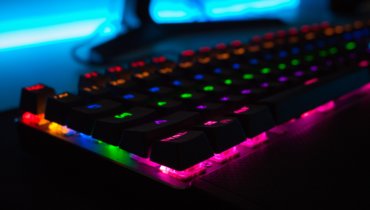