TikTok is an app that’s not really well understood by many people older than generations Z or those roughly born before 1990 and even within that generation. It’s not totally understood but the social media app is actually huge with over 1.5 billion registered users.

The company behind the TikTok is turning to AI for success and this makes them different from the current generation of social media apps. So who’s behind the app and why is it so popular? You may be thinking well who cares but the rise of this platform may soon take many by surprise.

– How Google Became a Remarkable Company

The Story Behind Tik Tok

TikTok is a short-form video-sharing app. Most people mistakenly think it’s only for lip-syncing or music performance but it’s really anything people want it to be from comedy, memes, stunts, science experiments and other creative uses. The time limit for content is usually 15 seconds.

The Size of TikTok

It’s the number one non-gaming app on the App Store in the UnitedStates and the number one social media app on all platforms in just two years. It’s come to rival Netflix, YouTube, and Facebook.

The company now has 20,000 staff with offices in the United States, Japan, Europe Southeast Asia, Brazil, India and of course China.

TikTok is owned by the Chinese company ‘Byte Dance’ which was founded in 2012 and is headquartered in Beijing. Byte Dance is currently worth 75 billion US dollars making it the most valuable privately held startup in the world. The founder Zhang Yiming was a former Microsoft software engineer and started the company in his 20s. The Byte Dance is like a Chinese version of Facebook with several other popular sites in the region.

Byte Dance initially released an AI-powered news aggregator and a chat app and later they turned to video aggregation in 2016 and launched a short-form Chinese video app called Douyin and it proved to be popular with over a million users in a short amount of time.

In 2017, they decided to expand the concept to the world with a new name Tik Tok. But there was competition though, another short video platform called Musical.ly was already at the top of the app charts which was founded in 2014. Musical.ly gained a lot of traction after the failure of Vine in 2016.

Byte Dance saw an opportunity and bought Musical.ly for 1 billion US dollars in 2017 and eventually merged the two platforms and their associated user base. Tik Tok now has a monopoly on the micro-video app market and in just two years is comparable to the old guard social media websites like Facebook and YouTube.

How does Tik Tok work?

Artificial Intelligence is the core of Tik Tok and it uses a powerful AI tool that’s more extreme than any other social media network in the West. The apps AI dictates the entire feed and the more you use it the more it learns what you like. You can’t select the content, it’s just a full-screen video that automatically starts playing if you don’t watch an entire video you’ll get fewer videos of that kind or vice-versa.

This is a different approach to Facebook, YouTube, Spotify, and Netflix. On these platforms, AI is merely a tool that’s part of the experience. These platforms recommend posts and the user can choose from there but Tik Tok on the other hand aggressively dictates what you’ll see. It may sound strange but having absolutely no choice has been labeled as being integral to the success of Tik Tok.

The Business of Tik Tok

As a macro business strategy, Byte Dance has two versions of its Tik Tok app. One behind China’s censored and closed off Internet i.e Douyin and the other one for the rest of the world.

The poorer and rural areas of China and India have been augmented by this app with homegrown content popping up everywhere. In fact, 25% of downloads were from India and only 8% of the users were from the USA.

Is Tik Tok a meaningful app?

Realistically in 15 seconds what value could be given to the user other than a quick laugh. I think it’s an important question for longevity and on the other hand, it seems like Byte Dance is building an empire among the young that pretty much no one is looking out for.

After all, Byte Dance is the most valuable private startup in the world and has over 1.5 billion downloads of its flagship app so they must be doing something right. It’s gonna be interesting to see how this all turns out. 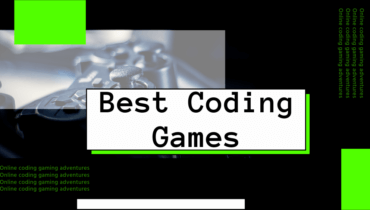 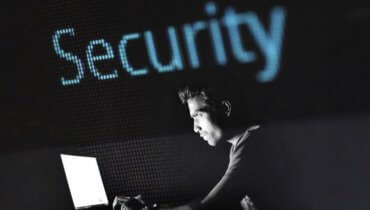 More about this author
Author 138 Posts

Ali Express Deals For You