The revolutionary change in the hardware and software design of smartphones have made people heavily reliant on the device. Compared to two decades ago, mobile devices provide a lot of functionality that goes beyond phone calls and text messaging. Nowadays, we use our phones for video chatting, browsing the Internet, and even financial management.

It is because of this dependence that hackers have turned to the creation of viruses to attack smartphones all over the globe. In certain instances, hackers could even utilize methods like the theft of a smartphone. Most of the time, however, cybercriminals use hacking techniques that do not require them to have physical access to your device.

Malware is short for malicious software. It comes in the form of an application downloaded and installed on your smartphone. You could have downloaded malware masking itself as a legitimate app on the Internet or have one downloaded by force onto your device.

Hackers use malware to siphon data from your smartphone. It usually comes with spyware, which is used to transmit data about you in real-time. This data is then sold off to data-collection companies to target you with advertisements.

It’s often tempting to use free Wi-Fi when you’re in public places. Hackers understand many individuals can’t resist the urge of free network data and hack public Wi-Fi networks. If you’re connected to a hacked Wi-Fi network, all the information passing through your device would be seen by the criminal.

Another method used by hackers is to create a similar public Wi-Fi network for unsuspecting users to connect. In either case, information like email logins, social media logins, and even banking information could get into the hands of the malicious individual.

Hackers continuously find ways to sneak in malicious scripts into smartphones by finding loopholes in your software. Some of the best programs cybercriminals use are web browsers. Since internet browsers require extensions and add-ons for particular functions, they could be used to sneak in malware.

Also, if your browser uses an obsolete extension or hasn’t been updated in a long while, you become more vulnerable to browser exploits. These exploits scramble the activities of other programs on your computer.

If a hacker attempts to steal your phone, your passcode would be the first line of defense between the criminal and your data. If you use multi-password techniques like combining a password with fingerprint or face recognition biometrics, it would be difficult for the cyber-attacker to steal your data.

If you’re using passwords for your online accounts, make it at least eight characters mixed with upper and lower case letters, and numbers/symbols. Please refrain from using one password for two accounts because once a hacker gains access to that account, he/she will try the same passcode for other accounts.

If you need help creating and storing strong passwords, you can use a password manager.

By default, developers of phones that run on the Android and iOS mobile operating systems do not allow the users to install applications from sources that are untrusted. This mostly includes apps not published on the Google Playstore or Apple AppStore.

You are advised to leave the option for installing untrusted applications off and install only trusted applications from the official store of whatever OS you are using. This action should also extend to permissions granted to installed apps. Any permission, unless deemed necessary to the proper running of the app, should be denied. This would help restrict unwarranted access to sensitive areas of your device.

3. Use a VPN Software

A Virtual Private Network, popularly known as a VPN, is a software that allows users to mask their real IP address by assigning them an IP address of a server they connect to in a location of their choice.

Besides, a VPN helps encrypt data as it is being transferred from the user’s device and through the network. This makes sure that anyone who intercepts the data will not be able to decrypt and read it. In essence, downloading a VPN app on your phone and using it, especially when connected to public Wi-Fi or unsafe Wi-Fi networks, helps keep your data secure.

As often as they can, mobile phone manufacturers release software upgrades for the devices and OS supported by them. More often than not, these software upgrades contain security patches that fix vulnerabilities detected on the previous versions. Asides these security fixes, these upgrades, at times, come with extra features that tend to help the device stay secure against known threats.

Just like laptops and desktops, mobile devices can also get infected with viruses or malware. To prevent infection or to avoid a possible one, it is advisable to get antivirus software installed on your mobile device.

This software will help prevent, scan, quarantine, or even get rid of any malicious content it discovers either at the point of entry into the device or at its core.

Cybercrime has been a constant concern for both stakeholders and customers of digital devices. With the recent surge in the number of cybercrimes perpetrated daily on Internet-enabled devices, it is pertinent that mobile device users are aware of the significant risks they are exposed to daily.

In a bit to counter the measures taken by cybercriminals, there have been several safety precautions that users have been advised to consider while using their devices. Due to this, users must have a working knowledge of the ways by which they can keep themselves from being victims of cybercrime.

Cybercriminals are not relenting; neither are mobile OS developers. The best way end-users like you and I can support the developers to win this war is to abide by the laid-down security protocols provided on the Internet. 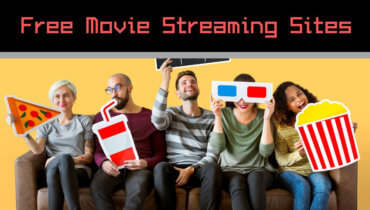 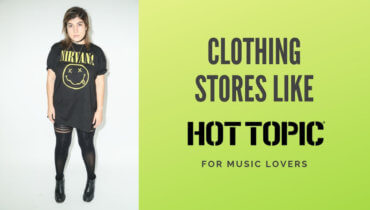