At one time a full-fledged computer that could fit into a single room was viewed as a pipe dream but a similar concept to the contemporary laptop was envisioned all the way back in 1968 by computer scientist Alan Kay.

When he conceived of the Dynabook a gadget that bore a passing resemblance to a modern eReader but was perhaps surprisingly intended as an educational tool for kids. Now the Dynabook was never manufactured but portable computing didn’t take long to become a reality .

Arguably, the first ever portable computer for the general public was the IBM 5100. It hit the market in 1975. It essentially looked like an entire old-school desktop computer except with a tiny 5-inch display capable of displaying a whopping 1,024 characters at 53 pounds or 24 kilograms. It wasn’t exactly a backpack friendly though but it did come with a carrying case.

It was hailed as an engineering marvel at the time because packing all those components into one portable box.The price of the laptop was only $9,000 which is equivalent to about $41,000 today.

The continued heed tiny CRT and a heavy case trend at its launch in 1981. the Osborne weighed twenty four and a half pounds and cost a much more reasonable $1,800.

The term laptop was coined later. So, it wasn’t until 1983 that we saw the first laptop that somewhat resembles what we’re used to today. The $8,000 grid compass which featured as a Electroluminescent display instead of a CRT helping to reduce the weight to less than 11 pounds at the time. It was 320×240 pixel display and was praised for being nice and sharp. It even came with 384 kilobytes of bubble memory an early form of solid-state storage.

Fun fact: It was rumored that the grid compass served as part of the US president’s nuclear football at some point but continent destroying capabilities aside the compass had a huge weakness in that it wasn’t compatible with the widely used IBM PC.

It didn’t take too long for laptop manufacturers to catch. In 1985 with the kaypro 2000 which came with a surprisingly handsome aluminum shell followed by the IBM PC convertible. The next year falling prices and at least passable portability meant that laptops quickly became popular among business users toward the late 1980s.

In 1988, the world was introduced to the NEC ultralight weighing over four pounds boasting a thickness of only 1.4 inches. The ultralight is often credited with being the first laptop in the world to be called a notebook due to its compact size. However, the ultra light was still criticized for being relatively light on features.

We didn’t see a major shift in the lightweight laptop industry until Apple rolled out the original PowerBook 100 which included their system 7 graphical OS as well as a built-in trackball.

Another fun fact: While it’s nearly impossible to find trackballs on laptops, the PowerBook 100 was credited with popularizing the concept of a built-in pointing device and Apple would continue this leadership when they introduced the first built-in touch pad on a new version of power book in 1994.

In 1995, we saw the release of Windows 95 which was a big deal for laptop technology. Windows 95 was able to standardize many elements of laptop design because of its ability to talk to the laptops BIOS, more directly to handle functions like power management.

Obviating the need for the wide variety of bios’s and drivers that were necessary on older devices making manufacturing simpler and increasing interoperability.

Another feature that’s now ubiquitous on laptops is built-in Wi-Fi. It was first appeared in 1999 on the Apple iBook which was even more well known for its up interesting design. Subsequent laptops incrementally added features that we’re used to today like HD screens, webcams, solid-state drives and even desktop grade graphics processing.

We’ve gotten some new form factors along the way such as the briefly popular netbook. An underpowered Windows machine with an unusually small keyboard which was introduced in 2007 and the hug blitz of two and one touchscreen devices in 2013.

Thanks to smaller more efficient processors laptops have generally become thinner and lighter. Some are even in the neighborhood of 2 pounds which is less than 125th of the weight of the original IBM 5100.

Maybe one day your laptop won’t be much thicker than a piece of paper but then you’ll run the risk of crumpling it up. 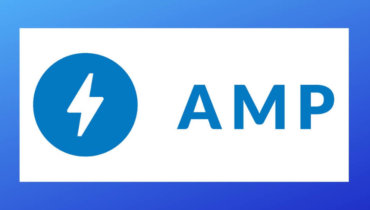 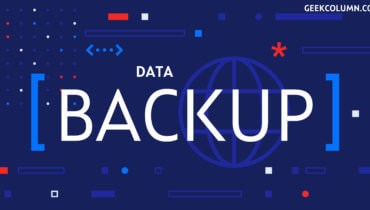