Home
|
Gadgets
|
Apple MacBook is Discontinued! Check out Why?
ShareTweet Apple’s recent decision to discontinue the 12 inch MacBook follows in the footsteps of previous decisions to stop making one of Apple’s most popular products. The company announced the production of their MacBook would end in July 2019, leaving the MacBook Air the only option for customers looking for a lightweight, entry-level Apple notebook.

In this article, we’re going to explore Apple’s patterns of behavior and find out why they discontinued their 12 inch MacBook.

So, when the twelve-inch MacBook launched in 2015, it was a relatively affordable choice for Apple fans looking for a portable, compact notebook. Now, it’s not even available for purchase from Apple’s official website and they’ve confirmed it won’t be replaced with a new version.

There’s been quite a bit of speculation as to why Apple has taken this direction, so let’s dig a little deeper, and make some sense of their decision.

Why Apple Discontinued The MacBook

At the same time Apple killed off their most compact notebook, they also gave the 13 inch MacBook Air a price cut, slashing the cost to $1000. And this was really important since it removed the cost difference between the MacBook Air and the entry-level MacBook. With no signs of any new upgrade for the MacBook, this made the Air Apple’s new entry-level notebook.

For quite some time, many people speculated as to when Apple would release an updated version of the MacBook. But it became clear that they chose to cut the price of their entry model MacBook Air, rather than update the MacBook itself. That meant if you wanted access to Apple’s latest notebook technology, you’d have to go with the MacBook Pro which, at the time, was the only model with features like the Touch Bar, Touch ID, and a true tone display.

Now it’s important to note that this isn’t the first time Apple has ended their MacBook line.

Back in 2011, Apple discontinued the polycarbonate unibody MacBook, and didn’t release a new model until 2015. Instead of updating the MacBook, Apple decided to offer an alternative, which turned out to be the 11.6” MacBook Air. It was offered at the same $1000 price point as the discontinued MacBook, and offered an even lighter and more portable form factor. And this may sound a little bit familiar, since that same exact thing happened back in July.

The MacBook was discontinued and essentially replaced by the new MacBook Air, except this time the Air undercut the MacBooks price by $100.

Back in 2011, Apple’s decision to discontinue the polycarbonate MacBook gave entry-level customer an instant tech upgrade for the same cost, since the Air provided them with things like a fast solid state drive and an Intel i5 processor.

By discontinuing the MacBook and offering a fuller-featured, faster experience at the same cost, Apple established a pattern that manifested itself again just this year.

At the June Apple Event, the company showcased some new hardware like the Mac Pro and the Pro Display XDR.

But they didn’t mention anything about their notebooks. And considering the MacBook’s hardware was already four years old, some people saw the writing on the wall and anticipated the MacBook’s demise.

The notebook was eventually discontinued just one month later, but that wasn’t the only change Apple made to their notebook lineup. They also dropped the non-Retina MacBook Air that came without Touch ID.

That way, Apple was able to streamline their notebook offering to just three models; the MacBook Air, 13” MacBook Pro, and 15” MacBook Pro. Putting to rest the concerns, many people had over Apple’s notebook lineup being too confusing.

And I have to say they had a point.

Historically, Apple always had short periods when their notebook line was a bit unintuitive. When the company re-released the MacBook in 2015, launching it as the thinnest and lightest of its notebooks, some argued that the name itself was confusing. This is because the MacBook Air was no longer the lightest model, despite what its name suggested.

As we know, branding is something Apple’s always prioritized, and the July announcement allowed the Air to again live up to its name as the lightest Apple notebook available.

Now I should mention that although the MacBook was only around for a few years, it’s influence over the entire MacBook line is unmistakable.

It was the first Mac notebook to feature an all-metal design, a USB-C port, terraced batteries, and a butterfly keyboard. All of which have been incorporated into the MacBook Air and MacBook Pro.

Profitability has also factored into Apple’s decision to discontinue the MacBook.

Launch sales of the MacBook Pro generated more than seven times the revenue earned by the 12-inch MacBook when it initially went on sale in 2015.

It’s also important to point out that after the MacBook Air adopted many of the MacBook’s features, it sort’ve made the model obsolete. And considering how popular and profitable the MacBook Air is, it isn’t surprising that Apple wanted to funnel all of their entry-level notebook customers to the Air.

But this was a good thing for most users, because just think about the technology in each model.

The 12” MacBook featured three-year-old hardware, with a 7th gen Intel processor, a first generation butterfly keyboard, and no newer features like touch ID.

Compare this with the latest 13” MacBook Air which features an 8th gen Intel processor, a third generation butterfly keyboard, touch ID, and a larger display with true tone technology.

And with the removal of the MacBook and non-Retina MacBook Air, Apple no longer sells a MacBook with USB-A ports. The company’s entire notebook range now features only USB-C ports with Thunderbolt 3 connectivity. Check out: USB hub with long cable.

Something the MacBook was responsible for introducing. So it’s clear that the upgraded MacBook Air offers a fuller-featured experience when compared to the MacBook.

And with more storage now available on the Air for the same price as the MacBook, the company has also finally removed the obstacle that always made the pricier Air a tougher sell.

From keyboard jamming to speaker quality, and a lack of ports and processing power, the model was always burdened by criticisms.

And it isn’t hard to imagine why. With just one USB C HDMI hub, users were faced with a problem if they wanted to charge their notebook while connecting an external device.

And trying to get any kind of photo or video editing done on the MacBook became a test of the user’s patience, thanks to the under powered Intel Core M processor.

You also have to consider that the MacBook wasn’t only competing with the MacBook Air, but also the iPad.

Even though it’s not a traditional notebook, the iPad Pro offers a Retina display, an extremely portable form factor, all-day battery life, a powerful chipset, a USB C port, and a comparable screen size to the MacBook. Not to mention the iPad is quite a bit cheaper.

So for most casual tech users who aren’t doing much content creation, it probably made more sense to buy an iPad than the 12” MacBook.

So, is there a future for the MacBook? Well, that depends on if Apple decides to bring out a new model, as they did in 2015, following a year where if you wanted the latest Apple notebook, your only option was a MacBook Air or MacBook Pro. It could be that Apple will follow the same pattern for a third time and we’ll see a return of the iconic MacBook.

But I don’t think this is likely. With Apple’s focus on the iPad and pushing the industry as quickly as possible into the post-PC era, I don’t think they’re looking to add models to their notebook line.

Instead, Apple may rebrand the MacBook Air to simply MacBook, so that it matches more closely to the naming scheme of the iPad and iPhone.

And while Apple is always filing new patents and developing new features, it’s hard to say whether those signify a completely new model of notebook, or simply updates to existing models.

For example, when Apple was developing the 2015 MacBook, rumors were circulating that the next generation MacBook Air would be even more compact and thin.

Well, it turns out that rumors about the upcoming MacBook model, not the Air.

So for the moment, Apple has made their position clear, there are no immediate plans to release a new MacBook. And I think this is the right move.

Read More:  How Google Became a Successful and Remarkable Company

Today, Apple’s notebook line is more streamlined and makes more sense than ever before. And that’s because of their decision to discontinue not only the MacBook, but also the non-retina MacBook Air.

Now it’s impossible to tell the future, but if history does indeed repeat itself, there is still the possibility that we could see a new MacBook launch at some point in the distant future, but I still think it’s unlikely.

Although I would like to see Apple rebrand the MacBook Air to MacBook, especially since the iPad has already dropped the “air” suffix.

So after three previous incarnations, it would be unwise to totally write the MacBook off.

We’ll just have to wait and see what Apple does next.

– How Google Became a Successful and Remarkable Company

– Internet of Things: Is It Worth the Risk?

– Why Samsung Ditched The Headphone Jack in Galaxy Note 10? 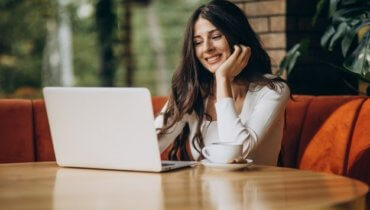 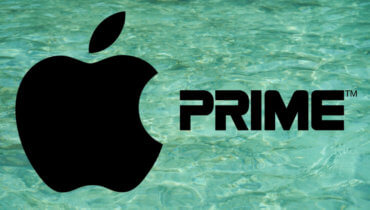